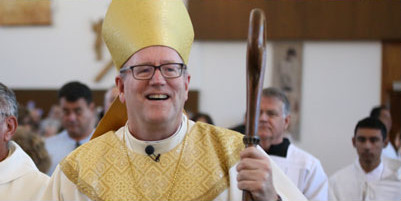 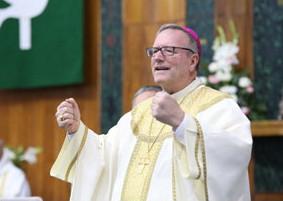 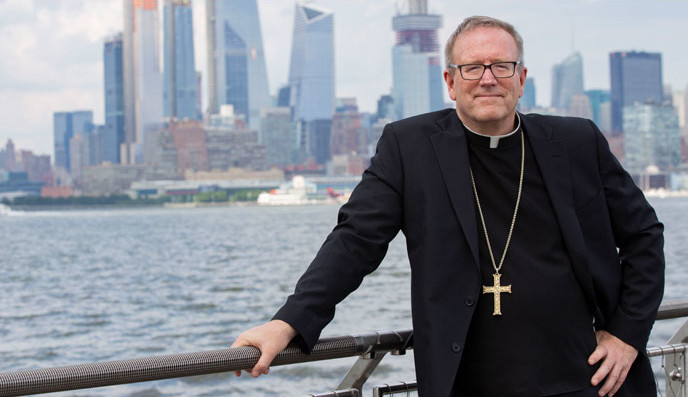 Word on Fire founder Bishop Robert Barron is the ninth bishop of the Diocese of Winona-Rochester and an acclaimed author, speaker, and theologian. He is one of the most followed Catholics in the world on social media, prompting Francis Cardinal George to describe him as “one of the Church’s best messengers.”

Bishop Barron was ordained a priest in 1986 in the Archdiocese of Chicago and appointed to the theological faculty of Mundelein Seminary in 1992. He has served as a visiting professor at the University of Notre Dame and the Pontifical University of St. Thomas Aquinas. He was twice scholar in residence at the Pontifical North American College at the Vatican.

He served as the Rector/President of Mundelein Seminary University of St. Mary of the Lake from 2012 until 2015. On July 21, 2015, Pope Francis appointed Bishop Barron to be Auxiliary Bishop of the Archdiocese of Los Angeles. He was ordained bishop on September 8, 2015. On Thursday, June 2, 2022, at noon Rome time, Pope Francis appointed Bishop Robert Barron the ninth bishop of the Diocese of Winona-Rochester (Minnesota).

Bishop Barron received a Master’s Degree in Philosophy from the Catholic University of America in 1982 and a doctorate in Sacred Theology from the Institut Catholique de Paris in 1992. His other advanced degrees include:

Bishop Barron and his growing Word on Fire team have released dozens of films, books, and study programs, along with an ever-growing collection of apparel and art. The ministry strives to consistently produce high-quality productions, including brief and lively theological reviews of contemporary culture in movies, books, music, current events, and more.

Bishop Barron is a #1 Amazon bestselling author and has published numerous books, essays, and articles on theology and the spiritual life. He is a religion correspondent for NBC and has appeared on FOX News, CNN, and EWTN.